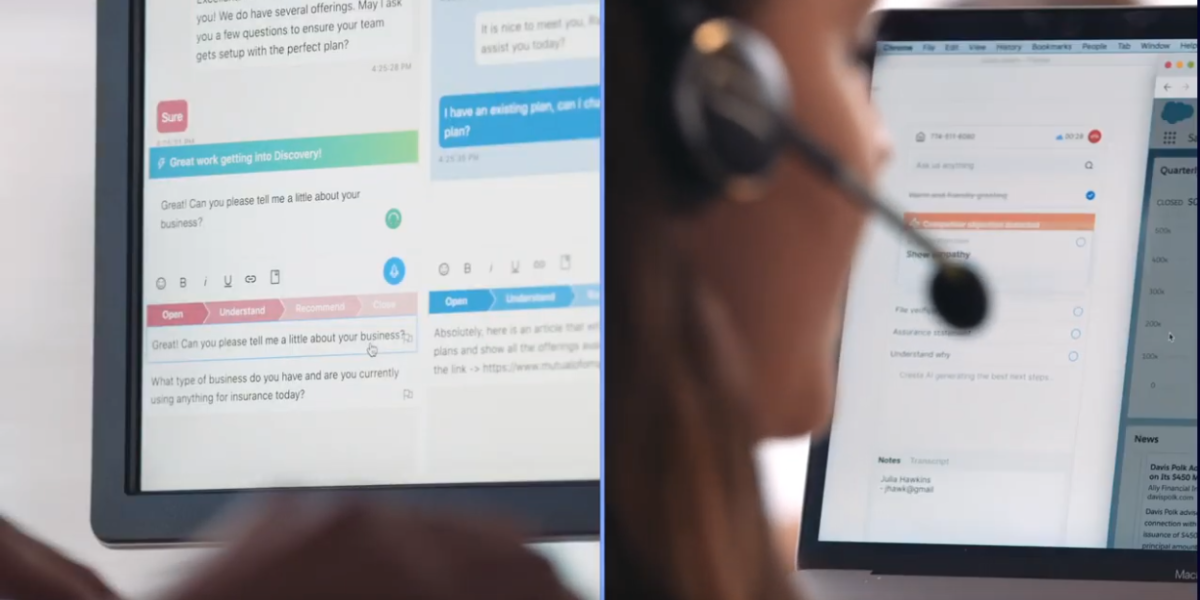 Cresta, an AI-powered platform that gives real-time support to help customer service agents respond to enquries on calls or in chats, has raised $50 million in a series B round of funding.

The company’s latest investment, which was led by Sequoia Capital with participation from Greylock Partners, Andreessen Horowitz, Allen & Company, and Porsche Ventures, comes after a year of growth that saw its revenues quadruple. In truth, it’s difficult to read too much into any first-year revenue growth metrics having only launched last year, but it’s clear that companies are hankering for technology that helps them optimize their customer-facing operations.

Contact centers have emerged as fertile ground for AI to flourish, with countless companies emerging on the scene with their own take on how automation can improve companies’ interactions with their customers. Just today, Uniphore announced a fresh $140 million investment to analyze emotion and engagement in both voice and video-based calls, while Talkdesk launched a new “human-in-the-loop” AI trainer for contact centers.

Cresta follows on a similar trajectory to many of these companies, though it’s placing specific focus on learning from what the best-performing agents do, and passing on this knowledge to their colleagues and nudging them with suggested responses.

The San Francisco-based company officially launched last year with $21 million in funding, and it has amassed an impressive roster of clients in its short lifespan so far, including Intuit, Adobe, and Dropbox. Cresta recently introduced Cresta for Voice to target phone-based sales and contact center teams, while it launched an integration with Amazon Web Services’ Amazon Connect cloud contact service platform last year.